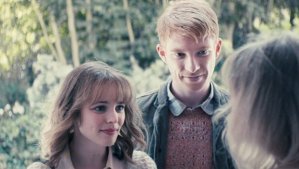 And so the week of best and worst film lists comes to an end with my list of the year just past, 2013. 2009-2012 saw me go from my first official full year as a reviewer, to crossing over 150 films seen at the cinema in 2011, to starting to think about taking into consideration films seen at home being worthy of making the best and worst list. Which is why, in 2013, when I only put pen to paper to review 29 films, that I realized it was the year to incorporate all films seen at the theatre, on DVD, Blu-ray, and on VOD, as this is a new age we live in and watching brand new films at home will become more common place.

Because of this low number, which is the lowest in my 5 years as a reviewer, means this list is by far not fully comprehensive, as even though I may now include films I saw away from the big screen, I still only include ones that I wrote a review about. So yes, I saw many other great and bad films this year, but for this list, I’m only picking out of the 29 I saw, hence why only 1 film made my worst film list this year, and an 8/10 made the top 10.

2013, you were a great year in many ways, but the most lacking when it comes to reviews, but you were also the catalyst for upping my game for 2014 onwards. So let’s get to last year’s list, and then we can move onwards and upwards to this new glorious year that’s upon us!