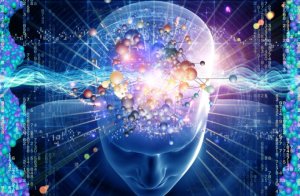 With February now upon me, means I’ve been back at my dream diary for a month now, which means I can soon start moving this along to the next stage of delving back into my world of lucid dreaming. Once again though I’ve been a little slack this week with reminding myself to remember my dreams each night, and I’ve also been letting myself off on the weekends from writing down my dreams, even though I had a decent one last night, that though not fully vivid in my head, is still enough to write it down, even though I won’t.

As ever though, I’m loving being back into this side of my life that used to make up such a major part of it back in my late teen years, and it kind of makes sleeping every night fun again, as you just never know what you’ll be dreaming that night, let alone wondering if ‘this’ will be the first night of lucid dreaming. 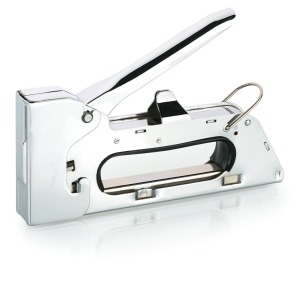 This dream happened after I had woken up, looked at the time, and then went back to sleep for another 30 minutes.

I woke up and left my bedroom to find everything in my dining room and kitchen empty, as clearly I had been robbed. In fact, they had taken food, fixtures, and anything else that could be taken. I ran into my lounge but everything was still there. At some point in that room I got my hands on a staple gun.

I ran back into the dining room and an older lady was there. We started to talk while I kept walking around into the bathroom, where I also found everything in there gone, and she said it was her and her sons that had done it, and she was so calm and matter of fact about the whole thing.

I was getting angrier and she said they would be back soon to take the rest, so I grabbed my phone and ran outside where her car was parked, and inside it was a women who looked mentally handicapped. I got my stapler and started to hit staples into the sides of the car and then tried to smash the windows with it but it was just bouncing off.

As I was doing this another car with three large guys in it pulled into the driveway. Clearly these were the sons coming back to take the rest of everything, so I smashed a few more staples into the car before getting my phone out and running towards the street so that I could call the cops and give them the number plates. As the three guys were getting out of the car, I got the cops on the line and told them three guys with knives were attacking my house, and then I woke up.

Explanation – I can only imagine this was a tension dream about my house, which seems very obvious from what happened in it I guess. But it may go a little deeper than that, as I had a house guest coming to stay for two nights that following night, which I’m not used to as I live alone. Also the fact I had woken up and then went straight into a dream about the house was more than likely my brain also conscious of the fact I had just been awake and thus my thoughts had been pulled into that room and the house in general.

The other elements in the dream are a little more blurry about their meaning, but I guess the idea of your house being robbed is a universal one, though I found it strange that my bedroom and lounge, where technically all my ‘important’ stuff is, was left untouched. The old lady and the handicapped girl in the car could be seen as parts of my feminine psyche and the three large men my stronger masculine side and they were all working as a team for the benefit of the whole.

Or maybe this was just a straight up tension dream about my house being robbed, seeing as the area I live in isn’t the best.

I was at my family home, and there were others there, and it felt like it was kind of like an office space. I walked towards the bottom bathroom and that’s when I felt my bottom 4 teeth feel loose. I looked into the mirror and they were loose, and I had another set of bigger ones, almost canine looking, coming through.

Over the next few minutes I was half panicking and half excited as these new teeth kept growing, and one by one my other teeth were falling out and I was placing them into the basin. Once it was over, the bottom front 8 teeth had been perfectly replaced by these new teeth that seemed strong and powerful and I was kind of excited.

Explanation – Hmm, another dream about the family home, which happens often, and a work environment, which also happens often. I can only take this as an old part of me is being surpassed by a bigger and stronger version of myself, and is related to work, and I take the setting of the family home as part of the old me being left behind, hence putting my teeth into the basin and leaving them there. 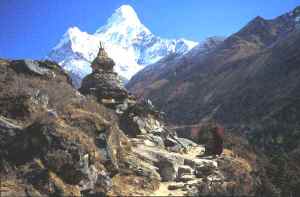 I was with a group of people and we were doing a trek through Nepal, though it felt like I was driving a car at points, even though the road seemed far too narrow. As we got to the top I was then walking, and to my right was a massive cliff down to a valley, and on my left was the mountain town we had been trekking to.

Once inside the town, our group got together, and the trek guide passed us over to the town guide. The guide said that even though we were made up, Russians, Indians, and a mix of English speakers, that they would be speaking English, at which point they asked everyone to follow them.

Suddenly I was no longer me but instead it was point-of-view, as I watched one of the Indian men break away from the group and board a train. When in the train, he was using mushy carrots to mark seats, as some form of claiming them for his group. As he went down the row marking each one, he came along one where a young girl was lying down and she jumped with fright.

Explanation – Ohh, god. Ok, let’s try and figure this one out. I’m a big ancient history buff, and would love to do the Inca trails, and though that’s far from Nepal, my brain may have been somehow making the connection. The driving and walking parts of the trek would have been the part of me that finds the idea of motorized transport through mountainous regions pretty cool.

As for the German and India parts of the dream, when I was at the cricket last week watching New Zealand play India, there was a cute German traveller with a group of kiwis next to me. Maybe that’s it? As for the train and the Indian guy marking it and then scaring the young girl, fuck knows what that meant!

Explanation – This is just a straightforward tension work dream, and the fact it had to do with a printer and Clint meant nothing, as the important things were work and the fact there was pressure to get something done. 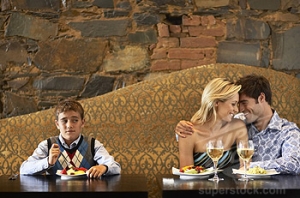 I was at a work retreat, but it was night time and most people were relaxing. The girls had already headed for bed, a few guys were playing a game, but I was in a different area making up a box by using masking tape.

While I was doing this one of the guys came in and had brought along a prostitute and he started hanging out with her on the couch near me. It felt awkward, but I just kept making my box, and eventually they got up and went upstairs.
I then moved somewhere else to get more room to make the box, and I heard someone say that Vin Diesel was back and I was looking forward to talking to him about the video he just posted online with him dancing and lip syncing. Just then, one of the girls who had been sleeping, came down the stairs and was about to start complaining about the noise up there from the guy and his prostitute, when my alarm went off.

Explanation – Haha, another fucking work dream! Fuck! Well the Vin Diesel stuff was clearly very surface level stuff, as he had just put out a funny and awkward video of himself dancing. As for everything else, fixing a box that can’t be fixed could be very telling, but really it’s just another tension work dream. Here’s hoping stuff at work sorts itself out soon so that I stop dreaming about it!

Explanation – Yeah, well, a sign I’m going to create an app that makes me millions?