Being woken up by a rooster is one thing, but being woken up by dozens is another. Being a local community means they all live pretty close to each other, and all of them seem to have their own dogs, cats, cows, and roosters, and so once one rooster started they all started. Luckily the one at our house kept quiet for the first 15-20 minutes, but when it did kick in it felt like it was in the room with you. All up though it was actually a decent night sleep all things considered, and when Mollidy and myself were the first to get up to hit the toilet, it was just before 6am.

Breakfast was served at 7.30am at the community hall, which was egg, banana, and garlic baguettes, so pretty decent, and once we had eaten, had a toilet break, and said goodbye to the locals, we were on the road out of Chambok and off to the beach for two days at Sihanoukville. The road between Phnom Penh and Sihanoukville is the best in the country, as it’s a fully paved road stretching for a few hundred kilometres which makes the trip pretty smooth, as the first half had been when traveling to Chambok.

The trip was about 3 hours long, and it rained for most of it, and as we hit the beach town of Sihanoukville it was still raining and we had a feeling it may stay that way during our two days here. When we got to our accommodation, the Seaside Hotel, we were pretty impressed by another nice place, and had the much needed shower and toilets we were looking for after lacking those during the home stay. After what felt like the best showers of our lives, we headed into the small town to get a few things done.

First up was laundry, as this had been building up since the main trip had begun, so our wet bag was full to the brim. We found a place just down from the hotel and left them there, as this normally takes 24 hours. After that it was lunch time, and we had been hanging out for a curry since leaving New Zealand, and luckily just a few doors down was a place called the Taj Mahal, and despite the topples fat guy eating there, it ended up being a really good meal and much needed.

After that we went for a walk along the beach and through the market, and looked for a hairdresser and a massage place, as I needed a head shave and we both needed a good rub down. It was raining a little bit still, but it was nice as it was still hot. There were lots of people selling things as usual, and scooter and Tuk Tuk drivers constantly asking us if we wanted a ride, and as usual we were used to just waiving them off.

Though one thing I’ve noticed since traveling with Mollidy in Indo China is we get hassled less than most because she looks local. We joke that we put on bug spray to ward off those little critters, and having Mollidy on my arm is like having hassle free spray on me, as you see other westerners get hassled much more than we do, and even to the point that some locals won’t even try and hit us up for their wears when they see her.

After a walk for an hour or so, we didn’t really find a hair dresser that I wanted to use, and none of the massage shops looked inviting either, so we ended up back at the hotel. After a bit of a relax, we headed down to the hotel pool, and that was really nice having a swim when it’s still really warm, and with a light sprinkling of rain to boot. We then headed back to the room, and as we were still full from the late lunch, and tired from the home stay, we just stayed in, and by 8pm Mollidy was asleep and by 10pm I was as well. 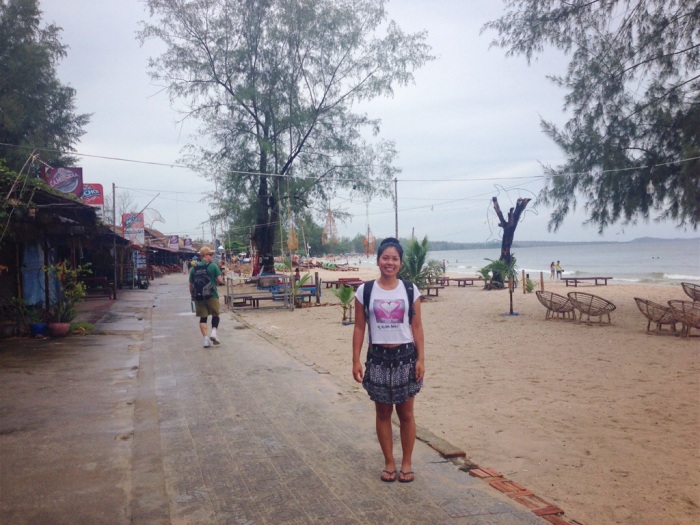 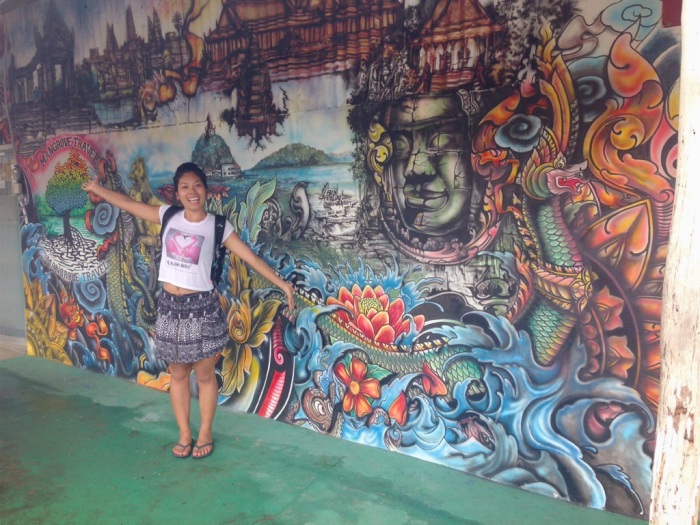