A 7am wake up seemed like a sleep in to us, not that we used it, as we are becoming rather accustomed to naturally waking up sometime between 5 and 6, and this morning was no different. Instead of getting up though and grabbing breakfast, we just stayed in bed a bit longer, as we had bought snacks the night before to eat, and so we grabbed those and had a little picnic in bed.

Once 8.30am rolled around we grabbed our bags and headed down to the lobby to meet the group, and then board the private bus. We were heading to our last stop of Vietnam, Vinh, and it was going to be a 7 hour drive, including stops for lunch and a couple toilet breaks. Vinh was going to play two roles, as one it was the home town of Ho Chi Minh, who is the famous political leader, and it’s close to the Laos border, which we would be crossing the next day.

A couple hours into the trip we stopped for a toilet break, and I tried to find my Vietnam magnet I’ve been looking for since day one, but still no luck. I like getting them for every country I’ve been to, and I got a great one for Cambodia, but for some reason every one I found in Vietnam was just cheap and nasty, so I kept putting it off. Now that we are soon to be out of the country though I’m starting to think ill either have to get a cheap one, get one in Thailand or Laos, or order one online.

Once back on the bus we headed another hour into the trip before stopping for lunch at a mall, which wasn’t exactly made for tourists, so English was limited, and more mistakes with food orders happened, but nothing we aren’t used to by now. We stopped there for about an hour before heading off again, and at this point the roads got pretty rough as they are all under repair, and we were told to expect this for the next few hours. So we just strapped ourselves in and held on for the bumpy ride.

When we finally arrived at Vinh it was about 5.30pm, so we checked into our rooms, and chilled out till 7pm when we met as a group to go for dinner. Once again Chai picked a street restaurant next to the hotel, and though this was easier to explain what we wanted, the food itself I thought was pretty average. So after dinner Mollidy and myself went back to our room and ate snacks, and then went to bed, as it was going to be a 5am start tomorrow.

Today is a tip that I think only girls have to think about, and even then only if you are in a country long enough to do this, and that’s getting your hair cut. Well, getting your hair cut for guys is also a possibility, which I got done and it was a bit dodgy to be honest, but this advice is not so much about the haircut than what they might do with your hair.

Firstly go for the more upmarket places, as street side barbers, and even the smaller type shops don’t feel that hygienic, and remember their English will most likely be limited as well. But for the girls, even if you go upmarket, be careful as they’ll try and cut more off than you want, as sneakily some places will actually keep your hair for god knows what, but most likely to be used for making wigs. So stick to your guns, and only get taken off what you want. 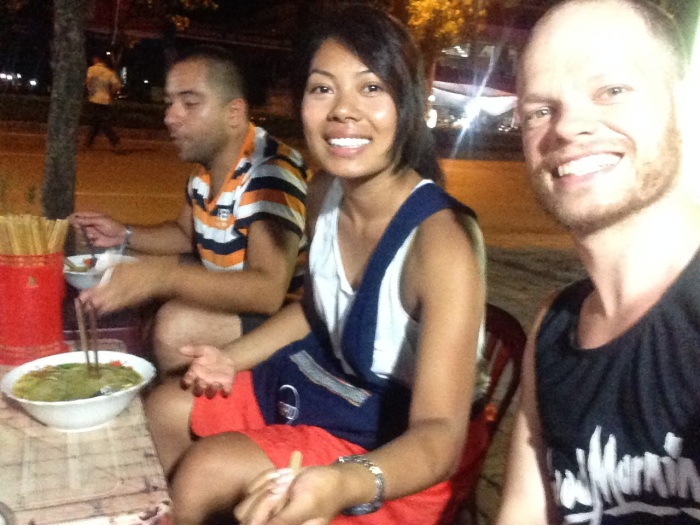