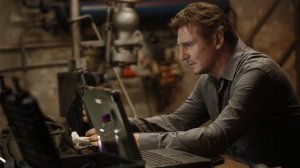 Before going into see Taken 3, I had something on my mind, which was a very brief review of the film I had seen on Facebook. It said, ‘Taken 3, makes Taken 2, look like Taken’. I thought it was a pretty funny and clever thing to say at the very least, but having seen Taken 2, and knowing full well it was nowhere near as good as Taken, meant that didn’t really bode well for this latest instalment in the franchise, and hopefully the last!

My first impressions of the film was how the action was shot, which was just plain horribly! To be fair, some of that could come down to the editing, but then again maybe the editor only had shit to work with. Either way, a franchise that is famous for its action elements, meant that having lacklustre action just made the film kind of pointless. The fight scenes, chases, gun fights, and anything that involved action was just so poorly constructed, filmed, and even performed, that Liam Nesson just looked like an old dude, instead of a kickass old spy.

The story itself was as good as you could expect for the third film in a franchise, where they have now gone completely away from the idea of being taken. Also the acting was, ok, but then again you don’t come to this film for that. But my main feeling I got from watching the film was just of boredom, and when it finally ended I was damn glad of it, though they kind of set up the idea of a 4th. God no, please don’t do a 4th film!